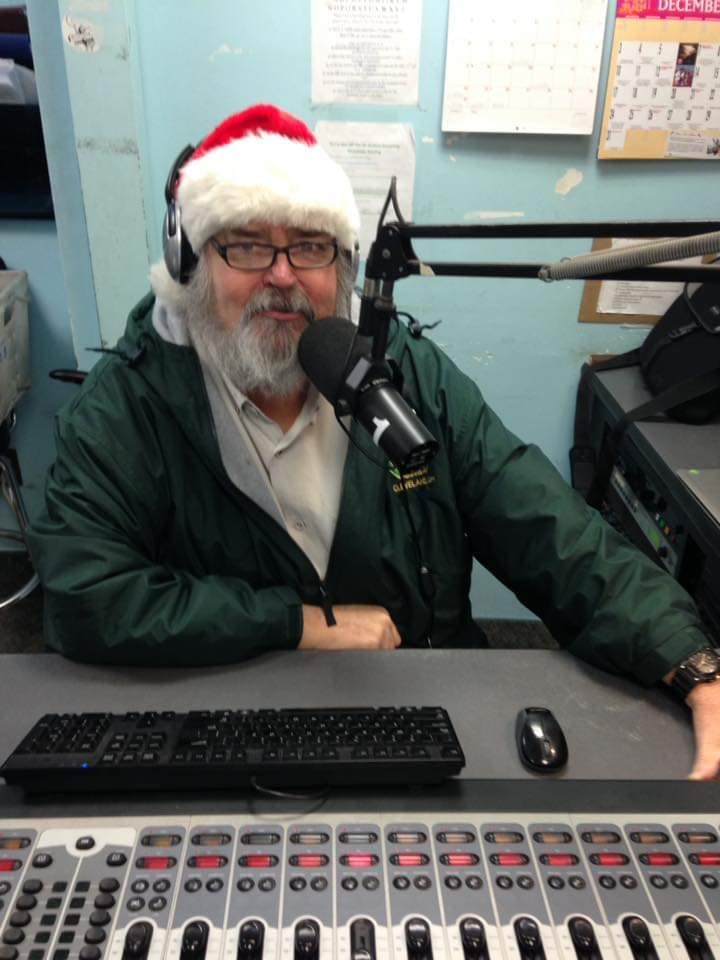 It is with a heavy heart that we share the news that our good friend and staff member Roger Weist passed away suddenly on Thursday evening, December 13, 2018.

Roger Stanton Weist has been the host of the “Beyond the Pale” Irish music radio show on Sunday afternoons from 4pm-6pm for 15 years (since 2003), and WRUW’s Music Director for 11 years (since 2007).

If you knew Roger, you knew he was extremely proud of his Irish heritage, highly active in Cleveland’s Irish Community, and a devout Catholic. Some listeners might remember Roger was the Grand Marshall of the 2017 Cleveland St. Patrick’s Day Parade. He often said that was a highlight of his life.

At the time of his death, Roger was a confirmed bachelor, but had a large extended family that was very important to him.  He is survived by several brothers and sisters, over 50 nieces and nephews, over 100 great nieces and nephews, plus many cousins and other family members. He was born August 13, 1952 and was 66 years old.

Roger will be sorely missed at WRUW. He was a kind and generous person to all staff members, and was known for his great sense of humor and infectious laugh. As WRUW’s Music Director, he was in frequent contact with music publishers to secure more music for WRUW’s library. He was also a frequent face at WRUW public events helping to promote the station. 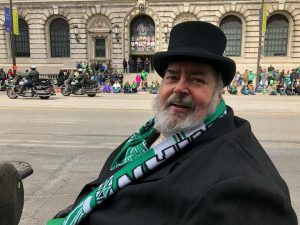 For several years I spent my Sunday afternoons at WRUW playing tunes and bantering with Nathan, and Roger‘s show, Beyond the Pale Radio always followed our time slot. Part of our sign off duty was to cue up Sharon Shannon’s “Blackbird” and inform listeners that it was time to go “Beyond…The Pale.”

For all of Roger’s good traits, punctuality wasn’t one of them, but he always seemed to make it behind the mic by the time the song was over and, being blessed with the gift of gab, would launch into an update on life, family, and Cleveland’s Irish American community as he readied he next song.

Always kind and committed to the things he loved the most, WRUW, Cleveland, and his many listeners have lost a good one in Roger. Rest in Peace, friend. 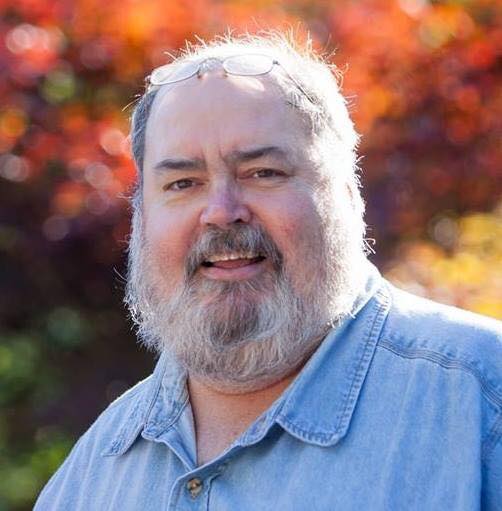 I will miss Roger so much. He was one of my favorite WRUW programmers. No matter what ethnic or arts festival it may have been, he was there representing WRUW and would always make time to say hello. You’ve probably met him, taking photos of the people in attendance, listening and documenting, as well as charming the ladies. This is the hardest part about being a member of the radio station, though still an immense privilege in every way.

This is heartbreaking news. I covered Roger’s show this past Sunday (December 9th, 2018). He wrote me to tell me that he had listened from his hospital room and had enjoyed it very much. I fully expected him to return to us a week later. He was a good friend and a dear colleague, and he will be missed both at WRUW and throughout Cleveland’s Irish community.

Our staff member known as Lazybones wrote the following:

I subbed Beyond the Pale for the first time earlier this year (2018), and since I know little about Irish music I was a bit intimidated. Roger emailed me a list of artists, and a couple hours after the show he emailed me to say that I did a great job, which was very generous and unnecessary of him.

He spent so much time in and out of the hospital that I took it for granted that as long as he was still sending out emails and things, he’d still be fine. He seemed such a key part of the WRUW family, but I’m sure that pales in comparison to his role in the Irish cultural community in the Cleveland area. (You don’t wind up marshaling a St. Patrick’s Day parade for nothing.)

Godspeed Roger, and thanks for letting me get away with playing Thin Lizzy on your show. 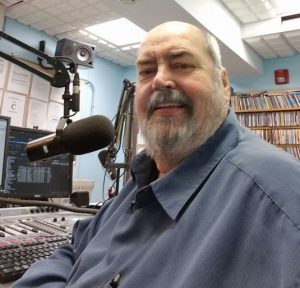 Roger’s show was followed by the show “Erie Effusion”.  The host, DJBG, wrote the following:

Roger called me during my show to tell me he was in the hospital and wasn’t doing well and I am so sad and speechless to hear he has passed away. ?

I’ve had the privilege of being on air after Roger since 2010 and my wonderful experience in the WRUW family included my weekly interaction with him. In the past I’ve had the privilege of interacting with many other programmers, students, even a future inmate at Lorain Correctional while starting my shift at WRUW. But Roger will always be one of my favorites, always smiling and in a good mood to hand over the airwaves to me every week. He felt like family to me, as many people there do.

I will miss him very much. I’ll probably even miss that damn Saw Doctors song.

That Saw Doctors song is “Happy Days”, and Roger would always sing along to the first verse and then end his show as follows …

Click below to hear Roger and The Saw Doctors closing out his show on April 15, 2018:

And until we meet again, may God hold you in the palm of His hand. ?

“Beyond the Pale” will continue to air Sundays, 4pm-6pm, through January 13th, 2019, hosted by a rotation of WRUW staff members who will maintain the Irish music format to honor Roger’s memory.

Funeral Mass and Reception:  Tuesday, December 18, 2018, 11:00 am at St. Patrick’s Church, 3602 Bridge Ave., Cleveland. The family requests all attending the funeral mass go directly to St. Patrick’s.  Mass will be followed by internment at Holy Cross Cemetery in Brookpark, Ohio, and a reception at Brennan’s Party Center at 13000 Triskett Rd, Cleveland, OH 44111.

Always affable and professional, here’s Roger at work with the WRUW crew during a live remote broadcast in December of 2016.