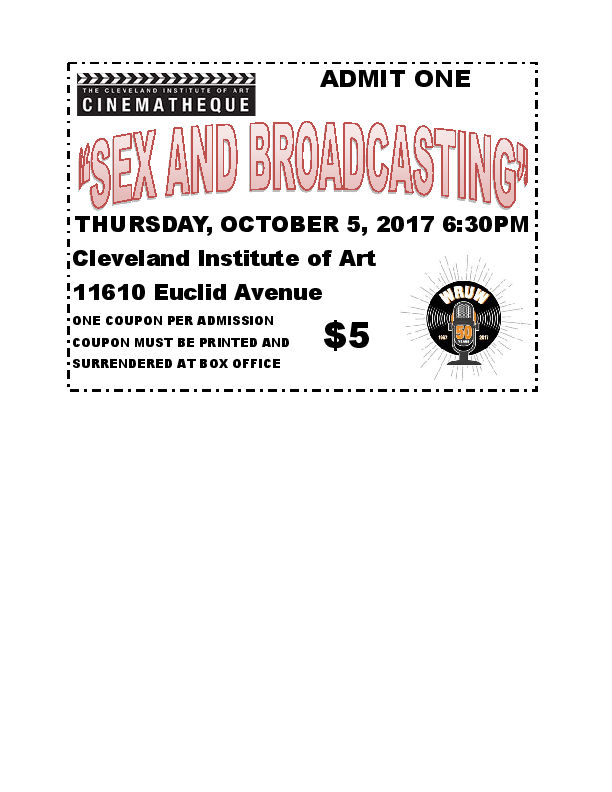 The Cleveland Institute of Art Cinematheque and WRUW-FM present the Cleveland theatrical premiere of the 2014 Tim K. Smith film “Sex and Broadcasting”, on Thursday, October 5 at 6:30PM.

WRUW is celebrating its fiftieth anniversary of bringing freeform non-commercial radio to Cleveland.  “Sex and Broadcasting” chronicles the exploits of WFMU, another independent station based in New Jersey.

Use the coupon posted here to attend the screening for only $5.

A panel discussion about college radio in Cleveland will follow the film.

Join us to salute free-thinking radio, Thursday October 5 at 6:30PM at the Cinematheque.