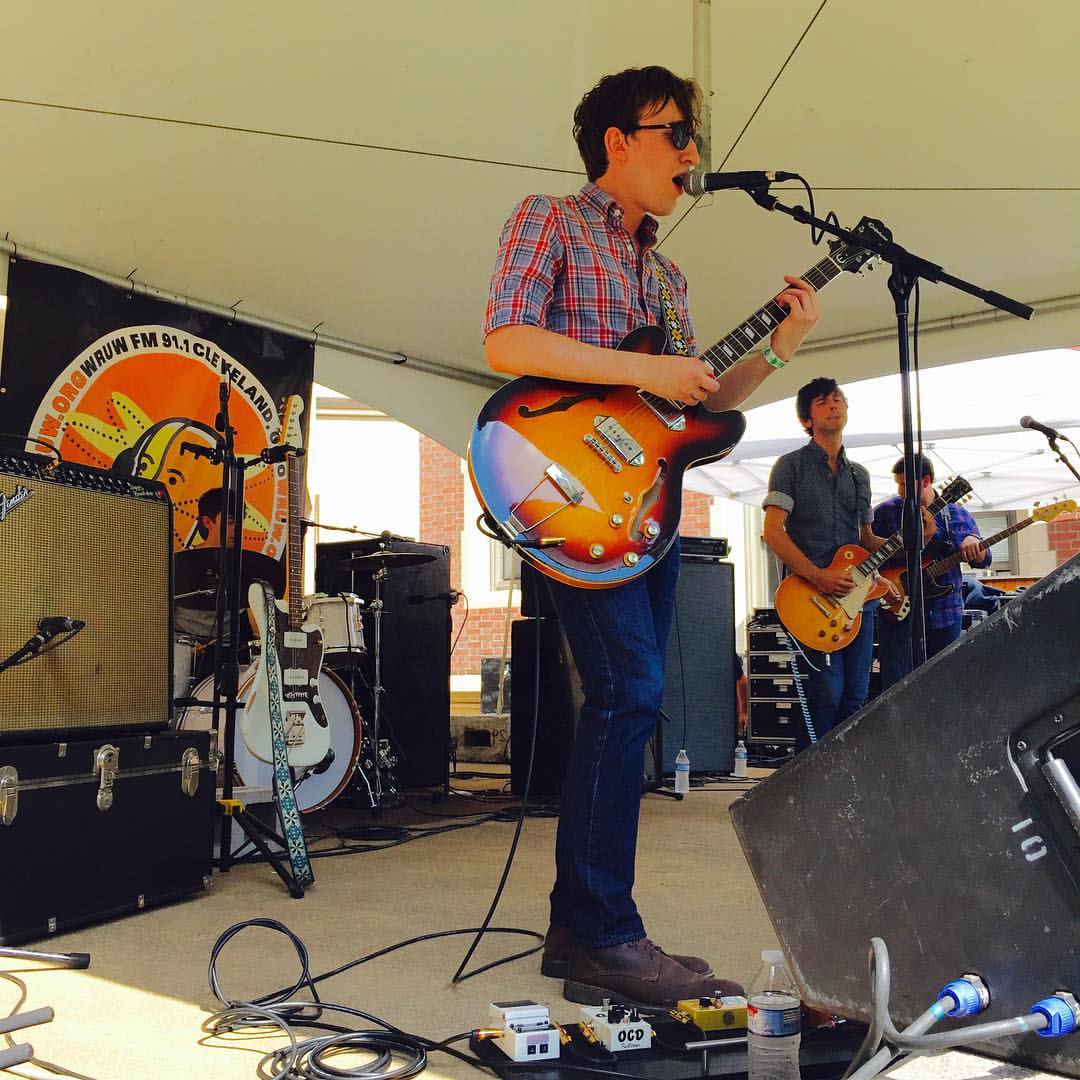 WRUW is now accepting submissions from local and regional bands who wish to play this year’s Studio-A-Rama. The deadline to submit for this year’s Studio-A-Rama is July 21st.  Seven to nine bands will be chosen to share the stage with this year’s national headliner, Sweet Spirit, and two (2) special guests, New Bomb Turks and This Moment in Black History. Recent headliners have included Eternal Summers, Man or Astroman?, Bleached, Tacocat, Mikal Cronin, A Place To Bury Strangers, The Black Angels, Mission of Burma, and Guided By Voices.

WRUW will review all submissions received by July 21 from local and regional bands who wish to play. All types of music will be considered, and musicians that have submitted music in the past, including those that have played in the past 4 years, are encouraged to do so once again.

Interested bands can submit by sending their submissions to: WRUW-FM, Attention: Studio-A-Rama, 11220 Bellflower Road, Cleveland OH 44106.  Electronic submissions are also welcome, and can be emailed to [email protected].

Submissions should include at least 3 songs, band line-up and bio, band photo, website address, and contact information. All submissions become the property of WRUW. Questions can be sent via e-mail to [email protected] or www.facebook.com\wruwfm.

Studio-A-Rama is WRUW’s annual FREE, outdoor, day-long rock concert, and it’s a great opportunity for local and regional bands to showcase their talent and have their music heard.  WRUW is proud to simulcast Studio-A-Rama over its 15,000 watts air signal, as well as on the internet at www.wruw.org.

Since 1982, WRUW has staged this free annual concert designed to thank listeners for their ongoing support throughout the year, and especially during WRUW’s annual telethon. An enthusiastic audience response during the annual on-air fundraiser enables WRUW to continue hosting Studio-A-Rama as well as fund live webcasting and support local music and live music.  Studio-A-Rama is one part of WRUW-FM’s commitment to broadcasting local bands live. The “Live From Cleveland” show broadcasts bands from the WRUW-FM studios every Thursday evening from 10 until 11pm, and WRUW also simulcasts numerous live music from events such as the Cleveland Museum of Art’s Summer Solstice, the Hessler Street Fair, and the Fairport Harbor Museum Festival.

This year’s show, in celebration of WRUW’s 50th anniversary as a radio station, will take place during Homecoming Weekend on Saturday, October 7, outside of MOCA Cleveland in University Circle’s Uptown District. MOCA will celebrate the fifth anniversary of its building, located in University Circle’s Uptown District. In recognition of our two anniversaries, MOCA Cleveland will have a community day concurrent with the opening of its two new fall exhibitions with free admission throughout the day on October 7. MOCA is located at the intersection of Euclid Avenue and Mayfield Road: 11400 Euclid Ave, Cleveland, Oh 44106.