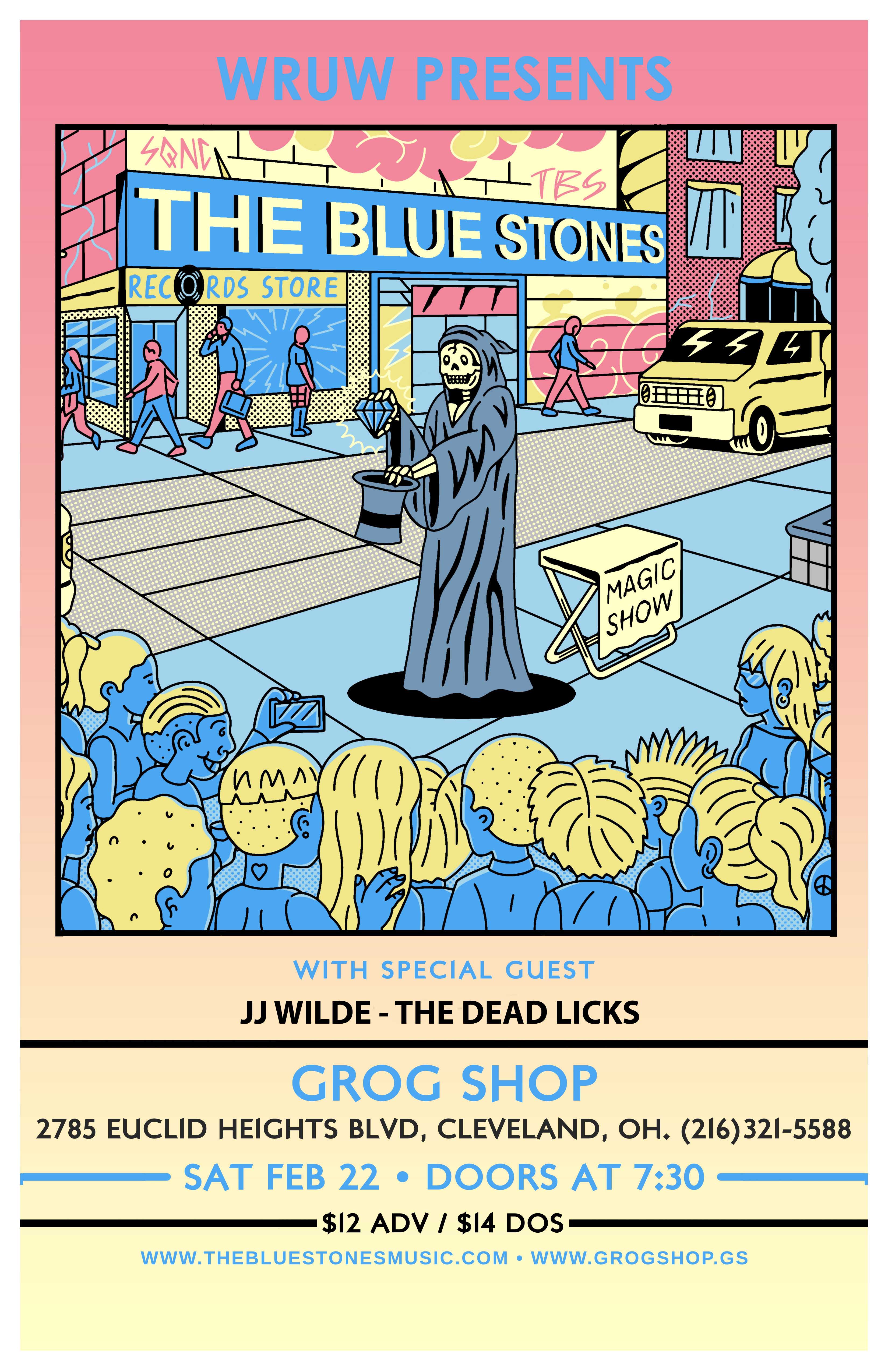 Come celebrate WRUW’s 53rd birthday at the Grog Shop and B-Side Lounge! Starting at 7:00, there will be a free pre-party at the B-Side featuring free pizza, drink specials, and more. Then at 8:30, come join us in the Grog Shop for The Blue Stones with JJ Wilde and The Dead Licks.

Not having a third member to fill another rhythm role, the Windsor, Ontario based duo developed an original characteristic to the sounds of the bands that influenced them, such as Kings of Leon, My Morning Jacket, MUTEMATH and The Black Keys. “We never had a bass player in our early jams, so we subconsciously compensated for one in the music,” says guitarist/vocalist Tarek Jafar.

Apparently it’s worked, the group has reached top-level sales on the popular Bandcamp.com as well as garnering over one million spins on Spotify. The duo’s music has also been featured numerous times on major network television shows such as Suits, Parks and Rec and Monday Night Football .

More importantly, crowds across Canada and hometown-neighbouring Detroit, MI have been stunned by the energy and force behind their loud, dominant live performances—especially for just two dapper guys. The Blue Stones create a killer hi/lo effect; contrasting their slick and put together look with their rough and rollicking live show. Heart, soul and sweat characterize every Blue Stones spectacle – you can’t help but be pulled in from the moment the first note is played.

The two are elated to have played with premiere acts and in national festivals; however, they’d like to achieve an even greater reach to bigger audiences around all of North America and the world. “We love this too much to keep it hid in southwestern Ontario.”