Friday, March 17th will mark the 175th Anniversary of the Cleveland Saint Patrick’s Day Parade. WRUW’s very own Roger Weist, host of Beyond the Pale Sunday’s 4pm-6pm, was named Grand Marshall! Join Roger and other staff members of WRUW to take part in a Cleveland Tradition. 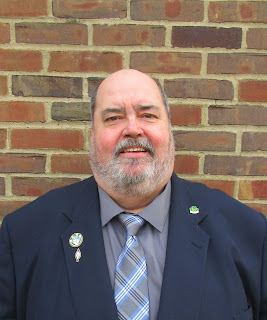 Roger was born in Cleveland, Ohio on August 13, 1952, to Robert L. and Angela Stanton Weist. His father died when Roger was 4 years old. A few years later, his Mother married widower Jim Kerrigan. Jim and Angela then raised Roger along with his now 17 brothers and sisters. Roger is retired from Cleveland Municipal Court, where he served as Personal Bailiff for Judge Kathleen Ann Keaough. Currently serves as Music Director at WRUW radio, and, for the last 17 years, host of Beyond the Pale Radio on Sunday afternoon.

Roger has been an active and highly visible member of Cleveland’s Irish community for over 38 years. What began as a love of Irish music, song and story developed into an activism for the promotion of the ideals of Hibernianism, and for the promotion of peace, justice, and unification of the island of Ireland. A member of the Boland/Berry Division 2, Cuyahoga County, Ohio, he has served in most offices, including Division President as well as serving the Ohio State Board including a term as State Board President. Recently Roger has been selected President of newly formed Cuyahoga County Board, Ancient Order of Hibernians.

Long a tireless campaigner for Irish Human and Civil Rights, he has been included in discussions with senior members of President Clinton’s Staff, and the National Security Council. Roger led an active group of lobbyists working for legislative initiatives to support implementation of the MacBride Principles of Fair Employment for Northern Ireland. Roger was Co-founder of Ohio MacBride Principles Coalition. He was also instrumental in the introduction and passage of the Unite Ireland Resolution passed by the Cleveland City Council, one of the first cities in America to pass this effort.

Roger’s contributions to the promotion of our Irish culture, history, and traditions have been recognized by the community. In 1989 he was selected to be Co-Chairman of the Cleveland St. Patrick’s Day Parade; 1990 voted Cleveland’s Irish Person of the year; 2000 Hibernian of the Year; 2001 recipient Irish American Partnership Citizenship Award; 2015 awarded Commodore John Barry Award by the AOH Ohio State Board, and has also been awarded Life Membership in the Ancient Order of Hibernians.

Roger has diligently served the Ancient Order of Hibernians Boland/Berry Division 2, Cuyahoga County, Ohio in almost all of the elected and appointed offices. He served as Marshal, Standing Committee, Division Organizer; Recording Secretary; Financial Secretary; Vice President; and President. He has also served as the AOH delegate to the United Irish Societies of Greater Cleveland (St. Patrick’s Day Parade Committee) for many years.

In August, 2016, Roger was elected President of the newly formed Cuyahoga County Board to help guide the two AOH Divisions in Cuyahoga County. He has also served as the AOH Ohio State President, Vice-President, Treasurer, Organizer, Chairman of Political Education; Chairman of Freedom for All Ireland Committee, and a variety of positions at the leisure of the sitting President.

Today, Roger continues his activism and promotion of all things Irish as Host/Programmer of Beyond the Pale Radio on WRUW FM 91.1, Cleveland. He truly is an example of one who lives the motto of the AOH, believing and living in “Friendship, Unity and Christian Charity”.